Do you find yourself hopelessly attracted to the bad boy?

Do you think a protective alpha convict is the sexiest unexpected hero?

Well, then you’re like me, and you’ll have to read these books. From bad boys gone good to outer space, there’s a bit of everything in the prison romances listed below.

Kurt is a member of the Black Dogs MC. He’s experienced a terrible tragedy--the loss of his wife and son. Two years later, on the anniversary of their death, he’s at a bar where he’s had quite a lot to drink. This is no surprise, as he turned to drugs and alcohol in the past years since he lost his family.

It’s on that fateful night that Sarah, the MC president’s niece, decides she’s going to speak up about feelings she’s had for Kurt for a while. She never knew if or when there would be a right time to approach the grieving man and let him know about her nearly lifelong crush.

Sarah decides to take the plunge, telling Kurt she has feelings for him that she just can’t contain any longer. Neither of them can contain themselves physically, and it’s in the bar bathroom that their passion erupts and they give all of themselves to each other. Later that night, after having too much to drink, Kurt gets into a bar fight that lands him in jail for two years. But, the drama doesn’t stop here.

A baby is in the way--the result of the night in the bar bathroom when Sarah and Kurt couldn’t keep their hands off each other. Now, pregnant Sarah gets a job as a prison guard so she can keep a watchful eye on Kurt while he does his time. Prison is no walk in the park, and challenges are surely ahead for the expecting family.

then you’ll love this book without a doubt.

Where to begin with all the great elements of this book? It’s so exciting and completely captivating, with drama from beginning to end. There’s no predicting the twists and turns packed into this story.

I love that pregnant Sarah decides to be a corrections officer and uses her connections in the MC world to get as close as she can to Kurt while she’s pregnant. Also, Kurt is the perfectly sexy bad boy. His naughtiness is incredibly hot, and you get to experience it for yourself quite early on in this book.

Sarah and Kurt are an incredible couple with a steamy relationship that was a long-time coming. Going along for the ride as they attempt to find their happily ever after is pure joy. 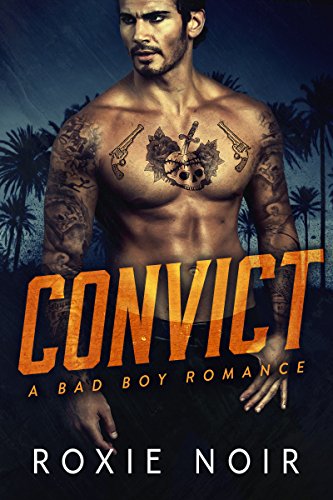 Stone is a bad boy working on getting his life straight. He’s a sexy ex-con who works with his hands as a mechanic. He’s also a surfer, a hobby he took up to try to keep himself out of trouble. This ex-con is a total alpha, and the last thing he expected to happen in his small town is to fall for a cop.

Her name is Luna, and they had seen each other at the beach where they both surf. She’s a total bad a**, a headstrong, no-nonsense, motivated and incredibly gorgeous.

When Luna is required to check out a crime scene, an act of vandalism, she sees Stone, the mechanic working in the garage. She recognizes him as the sexy surfer she sees at the beach. He’s covered in tattoos and she’s practically melted into a puddle.

Stone is in the witness protection program, intent on laying low and staying out of trouble. Luna is dedicated to her career and working relentlessly and professionally. The last thing they need is each other, but it’s also the only thing they need.

Their sexual tension is off the charts. They can’t resist each other, regardless of the danger it puts both of them in. Stone has secrets he has to keep from Luna, for the sake of their relationship and her job, as well as his own safety.

The two can’t stay away from each other, especially when Stone talks dirty to Luna. Will these two people who know they should stay away be able to have a happy ending together, free from danger?

then this book is a must-read!

This book is especially well-written. The author does an incredible job describing the small town and giving it life. Each page of the story is completely riveting, ranging from humorous to heart wrenching and everything in between. It’s heartwarming, emotional, and intense.

Also, I am completely smitten with Stone! He’s incredibly sexy, and Luna is his perfect match, despite them having a slightly different sense of right versus wrong. Both characters are headstrong and confident, and when they come together in the bedroom, it’s an explosion of sexual tension and lust. 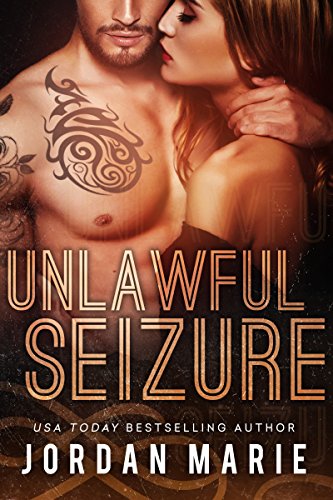 Nothing seems to be going right for Tessa, the paralegal assigned to Max Kincaid’s case. She has to go to the federal prison for the day of his parole hearing. She’s having a pretty rough day, with everything that could possibly go wrong going wrong.

She doesn’t take a hint from the universe that seems to be giving her every sign that today is just not her day. But, she’s surprisingly excited about her task. She’s been heavily involved in Max’s case for months. There’s something that attracts her to this case, something she can’t quite put her finger on.

Max has given up completely. He feels he deserves a life behind bars for the vengeance-fueled homicide he committed. He feels he’s reached the end of his road, his life ending after the heinous crime. When he sees Tess, he’s given a jolt of life he never thought he’d experience again.

He feels electricity coursing through his veins, and he’s overcome with desire. He knows better than to get involved with the sexy, confident, witty woman who is assigned to his case. He knows she deserves better, but he can’t stop undressing her with his eyes.

Tessa’s day goes from bad to out of control (even if a bit exciting) when there’s a prison riot within moments of her showing up to do her job. The only way for her to stay safe is under Max’s protection. He guards her as they escape the prison together.

Now, they’re on the run, unable to resist each other despite knowing how their rendezvous will likely play out. But there’s still some hope for their happily ever after even with all the obstacles they’ll have to face. In the meantime, they’ll run from the law and consume each other’s bodies in this sexy story of explosive chemistry.

then run, don’t walk, to get your hands on a copy.

I love how these two seem like an unexpected pair until you realize they have personalities that challenge each other in the best way possible. Max has met his match, both in the bedroom and intellectually. Tessa is feisty, sexy, confident, and cool. She also has a hint of innocence to her that makes her naturally submissive in the bedroom.

Max has resigned to that fact that eventually he’ll get caught, and his devotion to Tessa as he anticipates that moment is swoon-worthy. He’s completely infatuated with her, and it’s such a fun, fast-paced, action-packed love story! 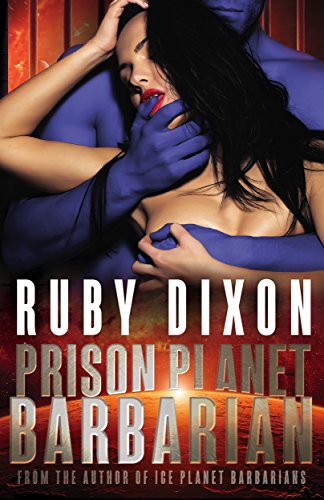 On Earth, Chloe was the girl-next-door. She was sweet and innocent and stayed out of trouble. Then, her nightmare begins. She is kidnapped by aliens and is on her way to a planet far from Earth where she’ll be made a sex slave.

This cruel and violent planet is inhabited by various alien species, and Chloe will be expected to sexually cater to every whim of her captors, creepy, scaly, lizard type creatures. And then, there’s the most dangerous inmate in this intergalactic prison.

Chloe isn’t sure what’s more shocking--the fact that he’s 7 feet tall, blue, or has horns. His name is Jutari, and he’s like nobody she’s ever met. He’s considered one of the most dangerous assassins. He finds himself instantly attracted to Chloe. They both are well aware that as a human woman on this planet, Chloe stands no chance at survival without being used as a human sex toy.

Feeling fiercely protective, Jutari decides he will try to escape the prison with Chloe. Chloe is slightly afraid of the giant alien creature who wants to protect her so badly, but she also finds him attractive. She knows he’s her only hope for survival, but she never expected for them to fall for each other.

It’s a dangerous task to escape, but with each other, they feel invincible. There’s a cosmic connection between them, but will it be enough to escape a brutally violent planet that wants them both imprisoned forever?

I love the world that the author creates. She uses great description to paint a world unlike any other, creating a unique setting for this love story to take place. There’s various alien species as well as a dangerous planet that has it out for both our hero and our heroine.

I got absolutely lost in the vast universe of this book, captivated by the descriptions and hooked by the action and romance. The chemistry between Chloe and Jutari is absolutely out of this world, too. Sex, aliens, prison, and danger; this book has it all!

Do you have a new book boyfriend? Is there a prisoner you wouldn’t mind handcuffing yourself? Comment below, and let me know your favorite of these prison romances!