Crime, bloodshed, betrayals, these are all things we can associate with stories of gangs and the mafia, but they are also themes that make some of the most popular and well-known romance books as admired as they are. 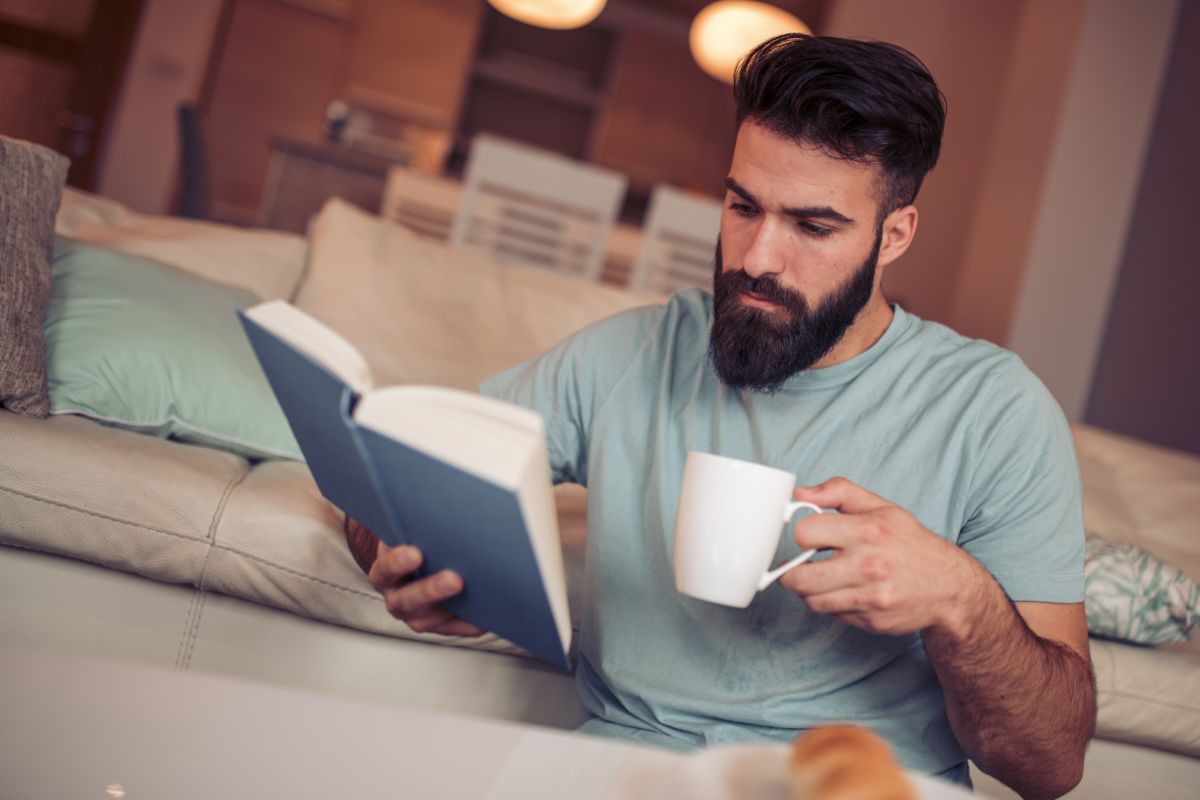 Mafia romance novels can tell some of the most intriguing and addictive stories of passion and love in all of literature, which is why we have listed 15 of the very best mafia romance books that you need to add to your reading list today.

Catarina’s not exactly been the same woman since she went through a divorce, she prefers to keep everyone at arm's length and live under the radar, that is until she offers to fill in for a close friend and become a call girl.

When the beautiful blonde is hired by infamous politician “Maxim” Sevastyan, what follows is an incredibly addictive romance story that highlights the mercilessness of the mafia, along with the scars and vulnerabilities that come along with it.

When the charismatic wise-cracking mafia member Killian Black makes the mistake of falling for a dashing thief who happens to be his biggest enemy's daughter, the two get entangled in a relationship filled with doubt and suspicion as Juliet struggles to accept the man she loves who stands for everything she hates.

Gripping until the very end, this is a novel more focused on the romance side of things rather than the flash and class of mob life.

Titled as “A Dark Irish Mafia Romance”, this incredibly suspenseful and gripping story is set in the slightly mystical and Iush landscape of Ireland, full of stories featuring mystical fairies and spirits that roam the countryside.

When Darby Collins goes searching for an elusive fairy, she encounters a charming boy who resides in the woods. With his dark slicked-back hair and enchanting eyes, Darby must understand how to feel about this “Devil” and his strange connections to crime and the mafia.

The Kiss Thief tells a unique romance story that actually starts between a nemesis and a villain with hate and anger on both sides that slowly blooms into something far more intimate, featuring a love triangle between the daughter of a Chicago mafia boss who is thrown into an arranged marriage, with there also being a mysterious man who she loves dearly on the outside.

A story with an incredible anti-hero and a real slow-burner in terms of romance, this is a novel you won’t want to miss out on.

When the recently widowed Addison Sailer first encounters Cole, the head of “the family”, little did she know that she would be thrown into a life of money, fame, and cruelty.

Cole Mauricio really steals the show in this tight, concise, and impactful story as he carries around a bold and confident attitude while showing moments of a dark past and empathy throughout the story.

Considered one of the greats by bestselling author Tijan Meyer, Cole will have you on the edge of your seat with each and every page.

In the most thrilling criminal trial of the last decade, a lawyer finds herself protecting one of the most infamous and feared mafia members of the 21st century, the always-calm and incredibly mysterious Dante Salvatore, a man who Elena can’t help but feel some romantic attachment to, despite her profession and her own sense of justice standing against his way of life.

A romantic insight into the ethics and meaning behind the attitude of the Mafia, this is an unmissable novel and potentially Darling’s very best.

This enemies-to-lovers mafia romance focuses on Aiden Knight, better known as “Raven”, who runs the luxurious Monte Carlo casino. There is only one thing that drives him however, and that’s to hunt down his parents' killers.

After Aiden gets thrown into a sudden arranged marriage with the Bratva princess Ielena Dubova, despite him being hesitant to do so, he eventually comes to see it as an opportunity to get closer to his goal, before he starts falling for the beautiful princess that is.

A classy and charismatic criminal is suddenly more vulnerable than he has ever felt before when he meets a woman that can see through him like no one else can, something he hates, but comes to adore as the story goes on.

Many have said that this dark mafia romance novel is a modern re-telling of the classic Beauty and the Beast fairytale, and while the story certainly is, there’s also the added bonus of flashy cars, undercover crime, and plenty of betrayals to keep every page fresh and interesting.

Christian Allister may be an FBI agent, but he certainly isn’t against flirting with the darker side of the law every now and again, especially when he’s around the dangerous but ever-elusive Gianna Marino who lives life to the fullest, regardless of the risks.

As Christian becomes torn between his underlying love for this woman and her dangerous antics, and his profession and sense of justice, it makes for an incredibly enticing slow-burner mafia romance story that’s hard to put down.

Aria Scuderi didn’t decide to be born into one of the biggest mob families in Chicago, in fact, it scarred her growing up, seeing the violence, bloodshed, and animosity that comes with proving your dominance and authority on the streets.

When Aria is forced into an arranged marriage with Luca, the oldest son of the New York Cosa Nostra family,, she is initially very hesitant, thinking this rich and entitled criminal will be the same as every other man she’s met during her mafia life.

Bound by Honor is thrilling, intense, and incredibly intimate when it needs to be while still providing an exciting insight into the sleazy underbelly of the mafia that makes these novels so enjoyable.

When Brooke Bennett goes missing, her best friend Riley Bello does everything she can to look for her, however it’s not just her, but also Brooke’s brother Kai who has the same goal, only he happens to also be the head of the rich and powerful Bennett family.

As Kai kidnaps Riley, thinking that she was behind the disappearance of his sister, the story follows the two as they turn their anger into passion and intimacy, making for an incredibly heartwarming story filled with themes of guilt and regret, alongside a good amount of mafia family action, keeping a fast pace throughout.

If it’s the suspicion and shady nature of the mafia that you’re most intrigued by in your mafia romance novels, Love the Way You Lie features a bold but charming and classy woman trying to dig out as many secrets as she can from a man she just can’t seem to resist.

Both characters have very deep secrets of their own, but as they are thrown together more and more, both seeking information, each of their intense interactions is as gripping as the last, making this a must-read and one of Sky Warren’s best works.

A romantic mafia Principessa, living in the most unromantic of worlds, Elena Abelli is a docile and charming young woman who has been dealt a bad hand as her friends and family are all loyal and dedicated members of the mafia.

When chaos breaks out after a scandalous rendezvous and an arranged marriage is proposed, “Sweet Abelli” must wonder whether this new man can help her see through the crime and bloodshed of mafia life, or if he’s like all the other men in her ever-exciting life.

“Get in, get the information, and get out”, that was the plan to begin with when a young woman decides to infiltrate the Irish mafia to get information about her missing friend, however, that was before she met Lachlan Crow, a powerful and dangerous man within the Irish criminal syndicate who runs multiple casinos and strip clubs around the area.

With incredible twists around every page, Crow is a novel that never lets up on the suspense and keeps the story thrilling throughout.

Cassio is an incredibly powerful and influential mafia member who may partake in the criminal side of things, but also deeply cares for his children.

After his wife dies, Cassio is placed into an arranged marriage with Giulia, a young woman who learns of the struggles of being a mother, alongside questioning the motives and exposing the vulnerabilities of her new husband as he struggles with his criminal deeds.

Nothing will have you flipping the pages with more anticipation and suspense than a good mafia romance novel, so be sure to add a few of these amazing books to your reading list today.