It’s easy to ask, “Why are audiobooks so expensive?” when considering they’re supposed to be a more accessible alternative to traditional print books.

Although popular audiobooks can be more accessible for many, they carry many costs associated with their production. If you’re looking to transition from traditional print to a modern form of reading, it can be helpful to know what you’re paying for.

Why Are Audiobooks so Expensive?

There are many reasons your catalog of Audible books may cost twice as much as traditional print books.

Let’s look at some of the most common reasons they’re not the cheapest option when it comes to reading.

By far, the most notable factor affecting an audiobook’s cost is its production scale.

On average, audiobooks can be up to 12 hours long, if not longer, for bulkier titles.

Some sources report that an average recording can be anywhere from $300 to $400 per hour, averaging $6000 for a standard recording. This cost doesn’t include the addition of sound effects and other embellishments you put on top of the recording.

Publishers must also consider hiring voice actors, renting a studio, audio engineers or producers, and editors. Comparatively, you’ll require a whole team to bring an audiobook from print to an accessible and digestive format.

This cost rises exponentially depending on the voice actors you use as well, as we’ll discuss further below.

Individuals who decide they want to publish their Audible audiobooks will be on the hook for added costs. Many platforms require your voice recordings to be of a certain quality before they can be posted.

Independent authors often have to invest in professional audio recording setups to be considered.

Undoubtedly, one of the largest costs associated with the prices of audiobooks is the cast of voice actors you’re using.

Many authors decide to save on this cost by self-recording, but it can be time-consuming with low production values. You will need to know how to read in a professional environment with the perfect tone and diction to create a professional product.

More authors hire actors to record their print books in audio format. This can be an exponential cost, especially when working with celebrity narrators.

Even newer actors know the worth of audiobooks and have higher rates than expected for entire books.

Another essential factor to consider when it comes to narrators is the number of famous actors you need. For some books, you can get away with a single person reading the entire text.

However, other books may have two protagonists that require two separate voices for recording.

Remember, you want to accurately portray the words a reader would typically read in a physical book. As such, you may need to consider hiring two, three, or even four voice actors to convey your book accurately.

Royalties aren’t a new concept when publishing a book, as authors need to be paid for their audiobook sales.

But did you know that audiobook and traditional print royalties are considerably different? On average, authors can earn anywhere from five to 15% on print book royalties, depending on the type of book (paperback vs. hardcover books).

Royalties for an audiobook version often give authors anywhere from 25% to 40% in royalties, depending on the platform they publish on. These rates can be even higher if you decide to exclusively list your creation on a specific platform, such as Amazon.

This isn’t exactly a cost to account for, but it gets subtracted from an audiobook’s sale price, which affects its retail price.

Surely, there are other agreements an author can reach with their publisher or producer with popular books. For example, they could get paid a lump sum rather than earning through royalties.

However, royalties seem to be the most popular payment method for most authors. 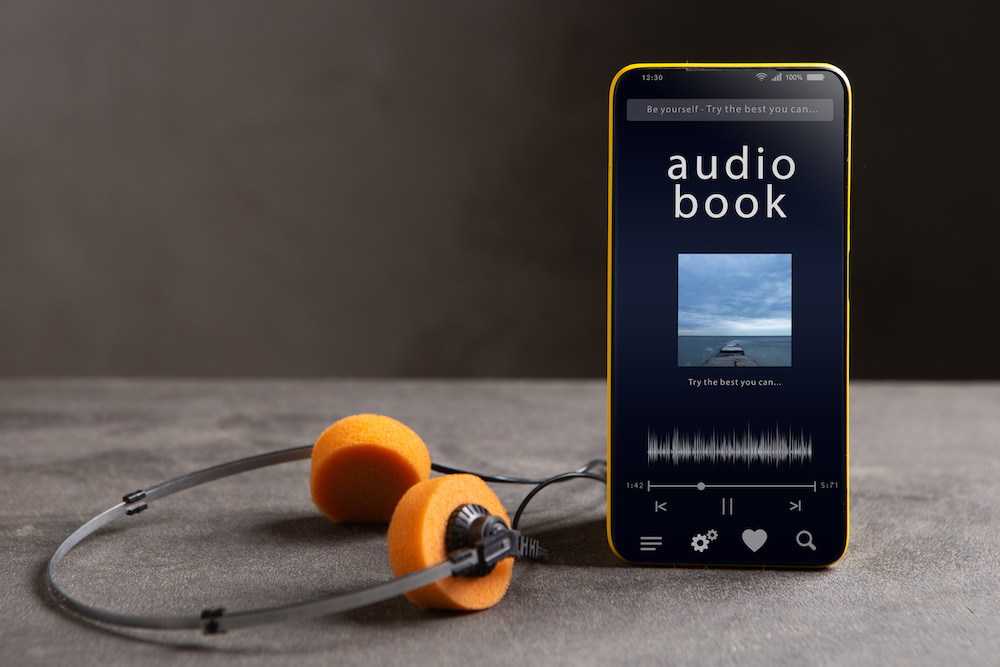 When an author releases a new book, the novel requires plenty of marketing. They must consider online marketing, in-person ads, and book tours.

With audio books, the costs associated with marketing skyrocket because they have a unique disadvantage. Readers will only know about an audiobook without marketing if they regularly check their audiobook platform.

Whereas regular print books are easy to find in brick-and-mortar bookstores, increasing your chances of discovery. As such, far more work goes into marketing an audiobook.

Another critical factor that affects the marketing cost is that there isn’t a massive demand for books with narration.

Although they are a hugely convenient way to digest creatively written text, they’re not as popular as standard books. It means marketing teams must go above and beyond to bring eyes to audio titles.

You’ll likely be signing an agreement when you publish an audiobook on a listening platform. These agreements explain how much authors must charge for their books, depending on their length.

In many instances, an author may want to release an audiobook for less, but the platform will require a minimum sale price to compensate for their costs.

Audible is one of the most popular platforms known for having a specific pricing scale based on length. The longer your audiobook is, the higher your minimum sale price will need to be.

A few examples include:

As mentioned, the marketing for audiobooks has to be stellar because of their low demand. It’s also important to note that this market has much to do with audiobooks’ general pricing.

That said, the industry is changing for the better as more people become interested in audiobooks over eBooks.

Until sales catch up with the costs of the production process, each sale of an audiobook matters considerably. As such, publishers will increase the costs to make producing an audiobook worth their while.

Once sales increase, you’re likely to notice a massive decline in the total cost of your favorite audiobooks.

The Cost of Audiobooks

If you’re asking, “Why are audiobooks so expensive?” several factors influence their cost.

These costs affect the retail price, from author royalties to renting a recording studio. With higher demand comes lower costs, so hopefully, the upward trend of audiobooks continues to rise over the years.