I love to read romance that takes place in the city streets.

Navigating everything from trifling men, side chicks, baby daddy’s and baby mama’s, family values, and a whole lot of drama, the heroines of urban fantasy romance are tough, cool, and empowering.

If you’re interested in stories containing multiple couples whose lives intersect while trying to navigate their lives and their relationships, then the following urban fiction romance novels are for you…

Mero Perez is a high-demand guy with an exclusive world. He spent 15 years in the streets before making a comfortable life for himself which is about to come crashing down around him.

Somebody wants to hurt him and his family, including his cousin Khaleel, a playboy who only cares about women.

Khaleel runs a strip club where he meets Mauri Livingston, and Mauri finds herself falling for him despite her better judgement.

Meanwhile, Mauri’s friend Six Tillman is leaving a life of hurt and starting over when she meets Mero, who is absolutely sexy but not the distraction she needs right now.

What will be the fate of these couples whose lives have crossed paths?

These well-written characters deal with complex personal issues while trying to better their lives.

This story is totally captivating, as it’s full of heart as it is drama and suspense.

There’s deceit, lies, betrayal, scandal, and a whole of lot of secrets that keep this plot exciting!

Serene Daniels wants happiness, but doesn’t know where to begin to look. She lost her one true love and was content to live out her life in isolation, swallowed by sadness.

Then she meets a man named Corik who ended up breaking her heart and not being who she thought he was.

Enter Rex. Another man trying to win the beautiful Serene, but she’s skeptical. There’s something different about Rex that Serene can’t resist. Will he be the one?

Serene is a totally relatable heroine and her story encompasses what it is to be a woman.

You’ll be on her side throughout the story, rooting for her happily ever after with the sexy, strong, and sweet Rex.

Tampering With A Thug’s Heart by Coco Shawnde

Tiphani Walton never expected her four-year relationship with her boyfriend Benji to come to a messy ending, leaving her in trouble with the law as well as homeless.

It’s that same night she meets Israel Towsend, a sexy drug dealer who doesn’t stick to just one woman.

With Tiphani, there’s something special about their relationship, and the two become best friends, and then something more.

What will become of Tiphani and Israel’s important friendship once romantic feelings start to surface?

then you’ll love this book!

This book is so well-written and flows so smoothly that it’s nearly impossible to stop reading once you start.

Ashes to Ashes, Dust to Side Chicks by N’Dia Rae and Chanel Q 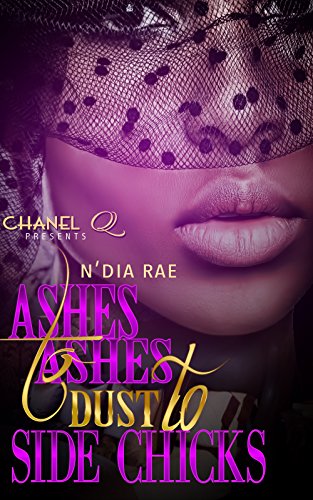 Nova is a wife who is sick of side chicks ruining marriages and betraying trust. She is married to Tyriq but he can’t seem to keep his focus on just her.

Aoki is known as the queen of the side chicks and she has no shame in her game, especially no shame using men for their money. Skye, Nova’s sister and Aoki’s best friend, is trying her best to be a loyal wife but is also tempted by Aoki’s lifestyle.

What will be the fate of these women?

If you’re a fan of

The drama in this book is so wild, making it an addicting read and the perfect escape from daily life.

Watching these women navigate betrayal, friendships, marriages, sex, and life is not only entertaining but realistic and relatable!

Loved by a Memphis Hoodlum by B. Love

The Gaye family are considered royalty in Memphis because the patriarch, Ivory Gaye, runs the largest crime organization in the city.

Ivory wants his daughters, Ives, Wren, and Maverick to learn the family business, marry men he chooses, and lead the lives he planned for them before they were even born.

When the Humphrey men, Haze, Cruze, and Quest make it to Memphis to take over the drug cartel as they do all over the states, they are taken aback by the beautiful Gaye sisters.

In a life designed for them by their father that leaves no room for love and only for business, will the Gaye sisters have a shot at their happily ever after with the Humphrey men?

If you’re a fan of

then you’ll love this book!

Having the heroines’ father as a ruthless drug kingpin sets an exciting and intense stage for the story and catapults the drama forward.

The Humphrey boys are a dream, both individually and as a whole,

A Bad Boy Stole My Heart 2: A Detroit Love Story by Londyn Lenz 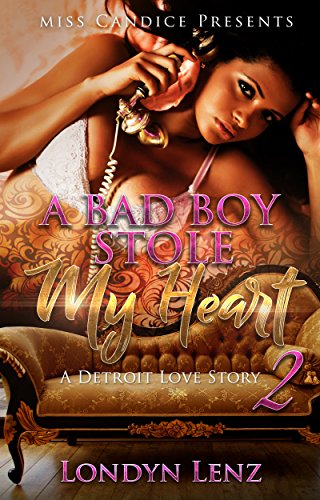 Erin and Yatta are going strong until Yatta accuses Erin of setting him and his crew up.

Additionally, Yatta’s baby mama Cleo claims to be pregnant with another one of Yatta’s babies.

Meanwhile, Tia is coming between Dreka and Zamir, believing that Zamir is meant to be with her. Cassidy and Alaric want to be together, but Alaric’s dad, German, is determined to keep the two apart.

Trust, loyalty, and faith all come into question for these women and their bad boys.

The friendships in this book are powerful and true.

From the bond between the men to the bond of sisterhood, the characters in this book exemplify what it means to be a true friend and to have each other’s backs no matter what. 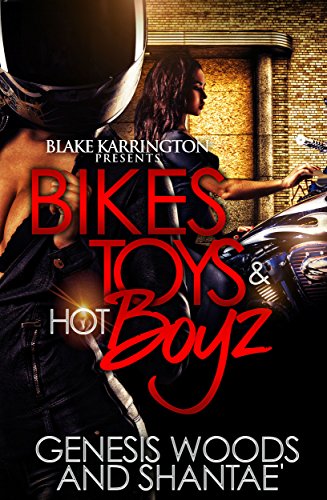 Diem, Drea, and Ophelia are three sisters of the Hart bloodline who are expected to be loyal to the family MC, Hart’s Angels. While each sister is different, they’re all committed to honoring their family.

Diem, the eldest sister, is seeking a balance between her work life and her personal life, especially when someone peaks her romantic interests. Drea’s interests are hot guys and guns, and when a mysterious man enters her place of work, she’s completely blindsided by his allure.

And finally there’s Ophelia, known for her temper and love of restoring bikes. When a job goes from business to personal, she’ll have to navigate this new territory.

Will the girls be able to balance family, business, and romance?

Read to find out, especially if you’re into

Each sister has their own personality, their own interests, and their own demons they must battle throughout the story.

They all want to find a happy balance of romance, work, and family and the journey towards this happy ending is filled with drama, enemies, sex, lies, and love.

Is there a man you’d like to settle down with, or maybe even be a side chick to?  Which heroine inspired you?